Ros Devereux and the Built Environment of Amafa

Ros Devereux is the hard working head of the Built Environment of Amafa and someone whom we have wanted members to hear for some time. Thankfully this happened at the March meeting and as expected we learned a great deal and possibly even more important learned how we might in turn help heritage in both KZN and eThekwini.

At provincial level we have Amafa aKwaZulu-Natali/Heritage KZN

At local level there should be Local and District Municipalities.

Provincial authorities are accredited by the national body and the province will accredit local municipalities, although none have reached this status yet. It was however noted that of all the municipalities in SA, Cape Town is possibly closest to achieving accreditation.

The Role of Local/District Authorities
The role of local authorities involves the identification of heritage resources and their protection through town planning bye-laws. This data must then be updated with the Provincial Heritage Resources Authority (PHRA). Local authorities are responsible for the monitoring of work on heritage sites through building control mechanisms. Enforcing the maintenance of heritage resources through provisions in Provincial and National legislation is part of the local authorities’ role. 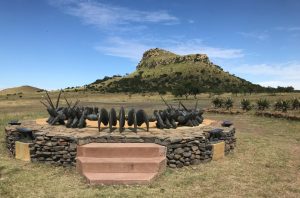 Memorial to the Zulu Dead – Isandlwana

The Functions of Amafa

Amafa aKwaZulu-Natali endeavours to promote and facilitate the administration and management of heritage resources in the province within the framework of national policy and programmes. Amafa administers several sites and maintains resource collections and museums.

The Heritage Resources of Natal

This province enjoys a vast and widely different range of heritage resources. One has only to consider a few to realise the importance and variety of what we enjoy including Isandlwana; Spioenkop; Rock Art in the Berg; King Dingaan’s Grave; Beachwood Mangroves to name just a few. Click the link to the Amafa website where you will find a mass of downloadable information – http://www.heritagekzn.co.za/

Amafa is concerned about sites which have; Cultural Significance, (important in a country where we have enormous cultural diversity), and contain aspects which are Aesthetic / Architectural / Historical / Social / Religious / Technological / Scientific. To this we then add and consider both Tangible & Intangible Heritage. Tangible heritage can be anything related to our past being anything inherited from our ancestors that we can see and touch. Intangible heritage is that which has been passed down but that we cannot see, touch and feel. 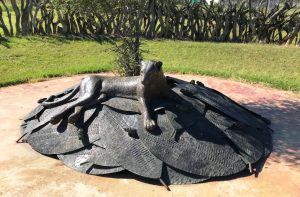 Intangible and Living Heritage
Covers a wider spectrum than we might at first consider and includes, Cultural tradition, Oral history, Performance, Ritual, Popular memory, Skills and techniques, Indigenous knowledge systems and Holistic approaches to nature, society and social relationships
(Members will recall that the KZN Department of Arts and Culture is currently driving an oral history project to capture much of the history of the past fifty and more years before this is lost).Living heritage includes things as widely disparate as but still of real importance such as Shembe sites, Ritual sites, Rock art sites and Markets. 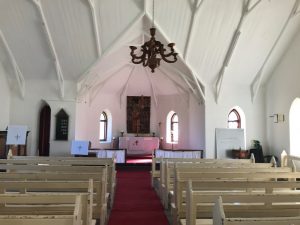 Heritage is Protected Through
Legislation, some of which is currently under review and out for public comment; Through Conditional Permits and Through Monitoring. THE KZN HERITAGE ACT (4/2008) –is the only provincial legislation in the country and this is the bill which is currently out for comment. No changes to the applicable sections are envisaged in the bill

Criteria which are used to value heritage resources and sites to establish the significance of the site
Its importance for a community, or pattern in SA’s history
Its possession of rare, uncommon or endangered aspects of SA’s natural or cultural history
Its potential to yield information about SA’s natural or cultural history
Its importance in exhibiting aesthetic characteristics important for a community or cultural group
Its importance in demonstrating a high degree of technical or creative achievement at a particular period
Its strong association with a particular community or group for social, cultural or spiritual reasons
Its strong association with a specific person, group or organisation
Sites significant for their link with slavery in SA

Proclamation of Permanent Protection
Surveys of towns / geographical or historic landscapes: these must be carried out by professionals and allow for an assessment of the value of all sites in that particular area.
Nomination of individual sites: generally consists of a more ad hoc approach which often contains a subjective assessment of value made by the nominator.

The Process
The nomination form must be submitted to Amafa in hard copy
The nomination is evaluated by the Grading Committee
The nomination and the recommendation of the Grading Committee is submitted to Amafa’s EXCO for submission to the Council which sits every 3 months
If accepted, a notice of the intention to protect the site must be published in the Government Gazette and a copy of the notice must be sent to the owner, the municipality and other interested and affected parties
Thirty days are allowed for responses/submissions
Although the site is now declared it will take a month or more for the Surveyor General to officially endorse the title deed and to erect the Amafa badge on the site
The title deed endorsement will protect the whole lot/erf but the only the footprint/site as delineated in the Gazette Notice will be protected as a heritage site
It can take a minimum of 7 months to declare a site 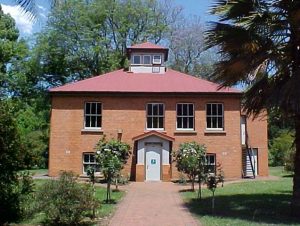 What role can the SA National Society play to assist both eThekwini and Amafa?
It is impossible to reproduce a detailed presentation such as we enjoyed that evening and we have certainly not done justice to Ros Devereux and her in depth and comprehensive presentation, but it is possible to ask whether the Society can play a role in support of our heritage? Brief discussions with eThekwini certainly drew an immediate and positive response and so your committee will discuss the role members can play and work on ways to allow us to play a more active and supporting role in the future.

A huge thank you to Ros for talking to us and explaining the nitty gritty of what to most of us has been a somewhat clouded area. We now understand a little more about the far from easy road that ‘Built’ has to follow and are proud of the many successes that Amafa has achieved.
Hardy Wilson

Angie St George and Memory Coutts arranged a superbly supported outing to Muckleneuk on March 8; so well supported that the group of more than 25 people had to be split into two. Yandisa Maqutu took the first group around the house whilst Di Higginson-Keath led the others around the tranquil garden. Grateful thanks to all these wonderful people for making this such a success.

Yandisa is a splendid guide who knows the paintings of Barbara Tyrrell so well; Muckleneuk so well; and his knowledge of the treasured collection of African Artefacts is awe inspiring. In fact one yearned for double the time although that is something we must watch on future outings or one risks outstaying one’s welcome.

What we also learned is that some of Barbara’s works are available as limited edition numbered lithographs which at R500.00 for a set of four are a real bargain.

Di took the two groups around the tranquil garden, one before and the other after morning coffee, which it must be noted was scrumptious and most generously catered with cakes, sandwiches and far too many delights for one’s good. Thankfully one very small and apparently hungry grandchild was seen to be helping out to the best of his ability; we must add he was hungry but certainly not undernourished and an entertainment for us all.

But back to Di who as always had researched her subject fully and then crowned her tour by reading a beautiful poem which Ethel Campbell had written about the Umkhuhlu tree in the garden. Many members asked that we reproduce it which we do with acknowledgement to the Campbell Collections.

They were Farewell King and Isaacs,
They were Fynn and Charkas Kraal,
or Halstead with brave Piet Retief
or Biggan, one and all

Again it was a fortress high
Their castle in the air,
With battlements, portcullises and turrets everywhere

A scene of might exploits
How they dared and died forsooth:
In kingdoms mid the branches
Of the umkhula tree of youth 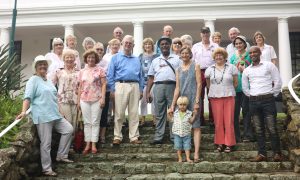 The Cheerful and by now well-fed group of Society members pose on the steps at Muckleneuk.
Di Higginson left of picture and Yandisa Maqutu right
Note that for a change Sanabelle is in the picture not actually the photographer

Morning Outing to Coedmore Castle on Thursday 17 May 2018
Angie St George has now arranged another informative and social get together and of course coffee morning, this time as a visit to Coedmore Castle, in Yellowwood Park.

There will be a charge of R100.00 pp which will include both a tour of the castle and the art gallery, as well as tea /coffee and scones!

The Society has specifically arranged this visit as both an enjoyable outing but also to highlight the importance of this destination and facility to the people of eThekwini.

Ladysmith Mid-week Break 21 – 23 August 2018
Angie St George, with the help of Simon Haw who will be our official tour guide, has put together a member’s only tour of the battlefields in the Ladysmith area. A separate notice will be sent to members about this shortly.

Vale Helen Labuschagne
Helen Labuschagne is remembered by many but Margaret Cooke recalls Helen from her days on Council when Helen was passionate about preserving old buildings and the Art Deco scene in Durban. Helen also ran the Institute of Architects office next to the Arts Café in Bulwer Road when Margaret was Chairman of the Planning Committee. We will always remember Helen as one of the small group that helped establish the KZN Events Diary, which as we all know has developed into a much used and much appreciated resource for the people of eThekwini and its environs.

Helen’s enthusiasm, energy and knowledge were boundless as all who came in contact with her will testify. Helen all who knew you wish you a safe onward journey and remember you with immense affection and respect.
Hardy Wilson

Vale Roy Wise
Sadly Roy Wise passed away on Wednesday 28 March. We are planning to publish a full obituary about this remarkable man who was such a leading member of the medical profession in Durban and over so many decades, although Roy actually hailed from Potchefstroom.

Roy’s interests were many and varied and always pursued with great diligence. For many years he was an exceptional birder visiting places in northern Tongaland to track down the special birds of that area, in other words the ones that just came over our border into RSA from Moçambique.

He was also a fine example of one who pursued fitness for as many years as he could pounding the streets for many of these before taking to slightly gentler walks along the beachfront.

Roy was also a longtime member of the Society who in later years was so determined to enjoy our meetings even when it meant arriving far earlier than most members.

For a pdf. version of above – Click link below