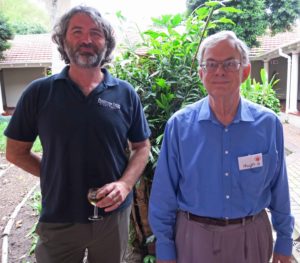 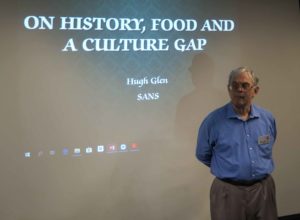 On Tuesday 12 March, members were entertained with a double bill.

In the first of the two talks, Hugh Glen invited first century Roman gourmet Aspicius to share his kitchen and we were treated to several culinary delights such as ostrich with dates…what could taste better?

Roman recipes, with no reference to weights, measures, time and temperature, are certainly challenging to a modern chef but hearing about food in antiquity proved fascinating and Hugh illustrated his talk with excellent visual material.

Steve Kotze discussed patterns of nutrition among African communities in KZN. Referring to archaeological and ethnographic evidence, Steven gave an interesting insight into what different communities ate at different times in history.

Both these talks emphasised:

“If history is inescapable, then we must come to terms, not only with the reality of events but also with the structure of everyday life in the past.”

And what better way do this than to explore the kitchens of history.

We hope members will soon be able to view copies of these talks on the website: www.sanationalsociety.co.za