CHARGE:         R20 per person just to cover the cost of snacks and refreshments.

For nearly 80 years the Estcourt – Weenen narrow gauge railway provided a vital service to the isolated communities between Estcourt and Weenen. It was the first narrow gauge line built by the Natal Government Railways but was closed somewhat hastily by the South African Railways despite attempts to turn it into a tourist attraction. Hardy Wilson using wonderful archive material from Bruno Martin and others, will tell the story at this month’s meeting.

The Seasonal Spirit was very much in evidence at SANS December meeting when members feasted, literally, on an abundance of seasonal goodies.

Franco was at his scintillating best and regaled members with some entertaining observations on the start of greeting cards and companies such as Hallmark. Eventually, in 1904, Einar Holboll, a Danish postal clerk, invented the first Christmas stamp but this showed the Queen of Denmark not Father Christmas. Holboll died in 1927 so Denmark used his image on the stamp to the right. 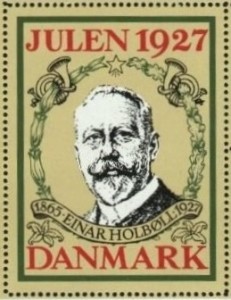 Other creations early in the 20th Century included Poster Stamps which sometimes carried a commercial message. 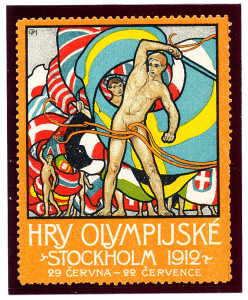 Then in 1929 the first of South Africa’s ‘Christmas stamps’ appeared although technically they were postal labels. We heard that for the first three or four years the stamps carried a somewhat confused translation of the word Christmas into Afrikaans. Was this because they were children of Natal? We also noted that for a great many years the cover price was 1d (the old penny) perhaps indicative of the lack of inflation as we have come to know it. Note the lack of the SANTA emblem at this time. 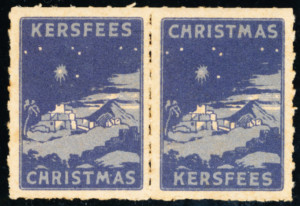 In 1940 the ‘stamps’ carried an emblematic pair of winged angels which in profile seemed to bear a remarkable resemblance to the Durban Cenotaph. 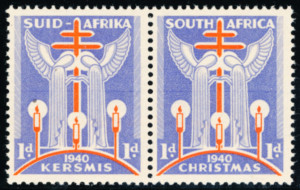 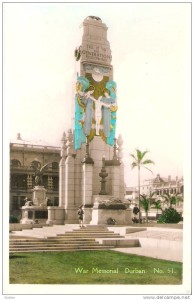 But a lasting observation about SA Christmas stamps was that every stamp depicted a white child.

Then we turned to Britain and its Christmas postage stamps which had first appeared in 1966. These had real style, and today embody a theme which has been used over the years to advertise all things British and as Franco said leave other countries in its wake. 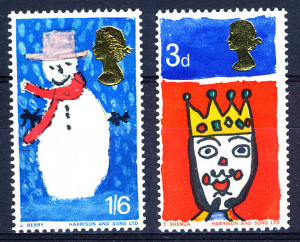