116th Anniversary of the signing of the Vereeniging Peace Accords 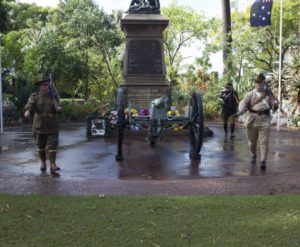 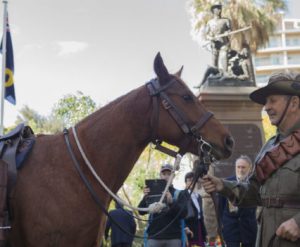 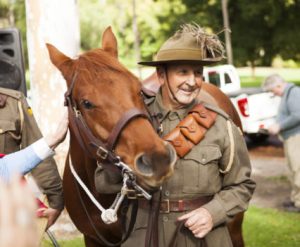 Perth was in the throes of receiving some much needed winter rains as our annual service was being conducted.  Except for one brief squall dampening the some 100-120 attendees, we were spared the torrential showers of the previous day and sunshine again prevailed.  In spite  of more than the usual challenges facing the organizing committee (our Treasurer flying back in from Manila in the early hours of the morning and the secretary being more befuddled than usual ) it all came together on the day due in no small degree to the adroit management of our MC, Col Mike Page RFD,ADC

Senator Linda Reynolds CSC (Brig Rtd) fresh from a resounding win in her party’s pre-selection jousting was our keynote speaker for the day (our first female ever speaker) and she delivered a well-pitched delivery on how the (convict) character of the nation shaped both the Boer War veterans and the f ethos of future generations of Australian service men and women and  laid the foundations of what was to become forged at Gallipoli and known as “The Spirit of ANZAC.

With our regular chaplain travelling overseas the Rev Ian MacPherson , a Retired Navy Chaplain  from the  Uniting Church in Australia performed admirably in his stead.

Among our elected representatives were Senator Linda Reynolds, aspirant Patrick Gorman, Mr Mark Folkard MLA, the Member for Burns Beach and Liza Harvey MLA Member for Scarborough(another of our staunch supporters) all laying wreaths on behalf of their respective parties.

Our old stalwarts from the South African Veterans of Australasia (SAMVOA) were again out in strength, with Vrouw Yolande de Klerk and her daughter both in period costume laying the Emily Hobhouse Wreath, as were the Rhodesians with Mr Peter Glynn and Mrs Dawn Losper their able representatives. Our own songbird of renown Miss Moira Wilson and her  choral group, the Wembley Entertainers Choir, regaled us with a couple of well-known Boer War songs “ Goodbye Dolly Grey” and “Soldiers of the Queen.”

Mr Brian Ross, the grandson of a Boer peace accord signatory laid the Lalapanzi Heritage Trust and Anglo-Boer War Museum of Louis Trichardt- Republic of South Africa wreath giving us a direct link to both the Boer Republics and modern day South Africa.

Municipal representatives were again prominent with our “parent” city being represented by the Mayor of Cockburn, Mr Logan Howlett JP, his wife and  Deputy Mayor, Cr Lee-Anne Smith OAM as was DVA by the Deputy Commissioner for WA, Mr Peter King. ( who also kindly visited me during my recent hospitalization.) Mr Dan Bull doing the honours for the City of Bayswater

Boys Brigade with the attending to the flags, handing out the flyers and laying a wreath supervised by Andrew Twine. It was pleasing to note that all BB attendees were wearing a Boer War commemorative medallion thanks to the foresight and initiative of Andrew-Well done Boys Brigade!

President of the  10th Light Horse Daniel McDonald and  member Harry Ball and horse, who laid the wreath for the horses and transportation animals

Although numbers were slightly down this year understandably due to the weather it was still nonetheless a successful event that commemorated the sacrifices of all who fell in that sad conflict.