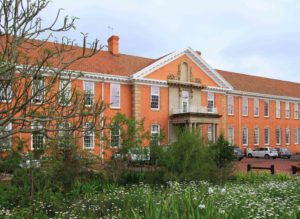 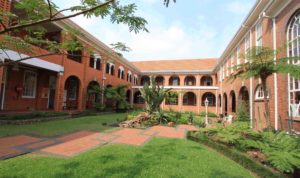 This fine Pietermaritzburg School was built in Queen Anne revival style with the main building built in 1925 followed by the north wing in 1927, the Gymnasium in 1934 and the Norma Burns Hall in 1960.

The original school was established in Alexander Road in a manor house belonging to Peter Davies of the Natal Witness. This is now part of the boarding establishment and is a national Monument. Ref:  Steve Camp, Historic Pietermaritzburg, 2001.