ADMISSION:    R20 per person towards the cost of snacks and drinks

Where now stands Durban used to be an extensive area of swamp, sand-dune forest, grassland, woodland and, most surprising, high-standing forest. The talk will look at the nature and extent of the old Durban forest, investigating its composition; its exploitation; as well as the animals and birds which inhabited the forest. The attempts in the Edwardian era to re-green the Berea will also be covered. The talk will make mention of some of the eccentric characters who lived in forest.

Before Professor McCracken talks Roy Cowgill will show the short Mount Moreland video that would not display in February.

Debbie Lutge came to speak as part of the society’s celebrations of the life of William Shakespeare and to mark his death 400 years ago on 23rd April 1616. Briefly covering some of his life we heard that:

For the third phase of Shakespeare’s life we heard:

The German Production of Much Ado About Nothing which employed an empty stage but shiny copper floor. 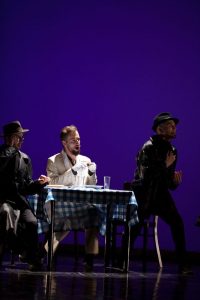 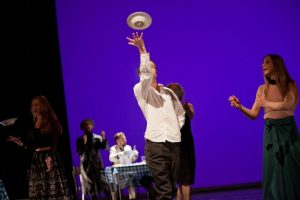 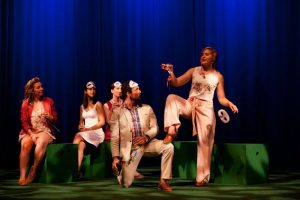 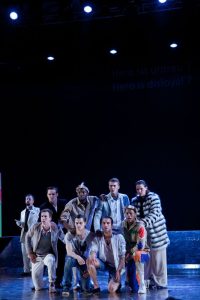 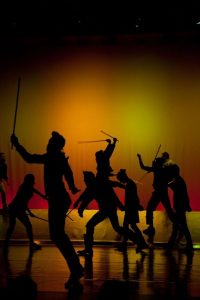 One can only marvel at what was achieved in so short a time. We also marvelled at Debbie’s statement, ‘That many of the actors performing and ‘Stick Fighting’ had never done this before but we developed a simple routine which satisfied ‘health and safety’ with nobody getting hurt in what is usually really complex and not without risk.’ And it appears the young cast members from around the world quickly mastered a gumboot routine.

Particularly to this mainly older audience it was really heart-warming to hear how these young actors had been exposed to a very different world which should prove of such value to their ‘spiritual’ as well as career development. Thank you Debbie for this eye opening presentation and for such a rewarding evening.                          Hardy Wilson

Members appear to be taking to our book sales table which is encouraging and of course rewarding for those who grab a bargain. Next month the society will have some new books as well as members for sale books. Furthermore we will have copies of ‘The Durban Forest-Past, Present and Future’, at the really special price of R250 a copy plus Ronald Ingle’s, An Uneasy Story: The Nationalising of South African Mission Hospitals 1960 – 1976 at R140.00.

Newsletter and Program for June 2016