Sir Albert Hime (1842 – 1919), after whom Himeville was named, was an engineer who arrived in Natal from Bermuda in 1875.He was responsible for many engineering advances in Natal. He was to become Natal’s PM in 1899. 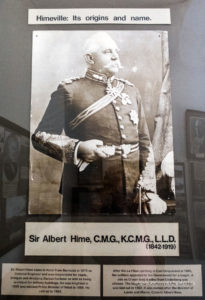 Peter Mckenzie was an early settler in Himeville and lived for many years at Seaforth, a farm along the Sani Pass road. He is particularly of interest to me in that he was a Transport Rider, with my grandfather Benjamin Adam Bland. They transported goods from Natal to Rhodesia and Beira to Chimoia and Salisbury in the 1890’s. 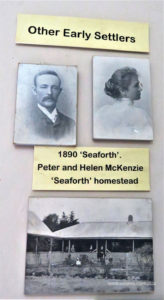 The Himeville Laager was built in 1896 by the Border Mounted Rifles to serve as protection for the local settlers.It was later used by the Natal Mounted Police, a courthouse, a prison until 1972 and then a museum from 1976. 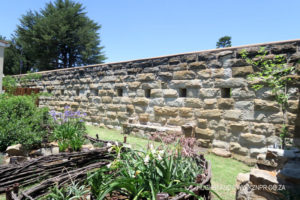