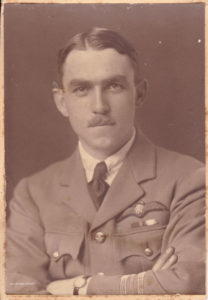 Allister Peter, the grandson of Major Allister Mackintosh Miller D.S.O. O.B.E., gave a fascinating presentation on this great mans life. Miller was born in Swaziland and was the first white child to be born in this Kingdom.

At the outbreak of the WWI , he joined up with the  Scots Grays , and then the Royal Flying Corp, where he was awarded his D.S.O. for bravery whilst giving support to the troops at Delville Wood.

Later on he was tasked with recruiting new pilots for the RFC in South Africa, and spent many months flying the country on this drive. He is remembered for his crash landing on the P.E. Golf course in front of an expectant crowd, but fortunately was uninjured. His recruiting efforts around the country was to earn him the O.B.E..

After the war, major Miller was responsible for founding the Union Airways, which later became South African Airways. The venture was marred by several air accidents which resulted in its takeover. Major Miller was passionate about flying and assisted Donald Campbell in his land speed record attempt, by ferrying hims around.  Another interesting passenger of his was George Bernard Shaw, and he also participated in the Croydon to Baragwanath (S.A.) Air Race, an unmitigated disaster. Miller was later to become a Member of Parliament for Point.

Miller was to “join Up” again during WWII and was promoted to the rank of Lt. Colonel

Below is a gallery is a selection of the images presented by Allister Peter. 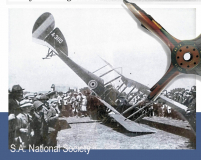 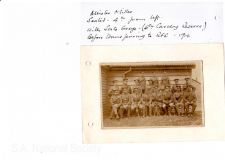 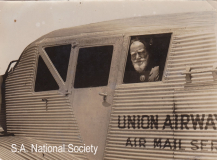 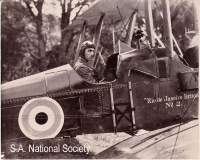 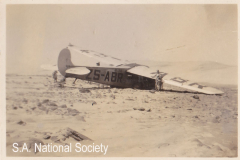 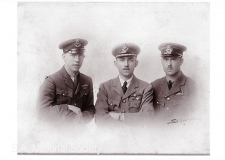 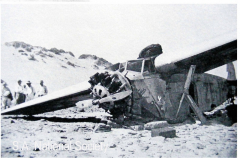 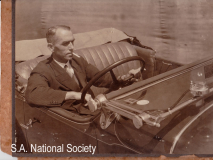 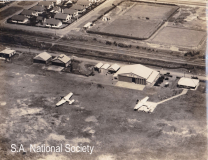 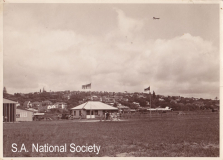 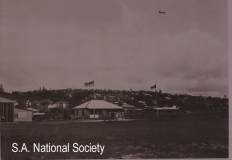 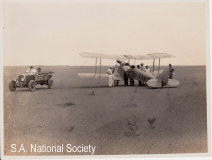 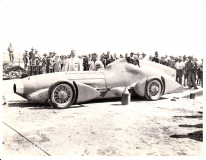