Celebrating the Armistice of 1918 at St Cyprians Church, Umbilo

On Sunday morning as we led up to the 11th hour of the 11th month the Society played its part by participating in the Mass which celebrated the signing of the Armistice a century ago. St Cyprians Anglican Church is the church of the Natal Field Artillery and Father Dane Elsworth the NFA Padre making this an appropriate place for many people.

It truly was a memorable service with its program covering 28 pages; the last few being some of the most beautiful yet sad poems from that tragic time.

The Society was able to replicate in a small way the DLHM WW1 and Delville Wood – DHS exhibitions, and include a little of the ss Mendi Memorial, thanks very largely to ongoing help from Glenwood High School’s Museum and archives – thank you again Kevin Jordan for you are always there for us.

As worshipers arrived everyone was offered a poppy, still sold by the SA Legion to support old soldiers, and the DLHM booklets from both exhibitions. 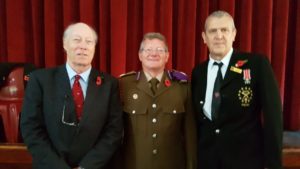 The start of the service saw Hardy Wilson share thoughts on the background to the war; the actual start and how it changed to trench warfare and a war which simply swallowed people.  South Africa’s involvement after the government of the day had ensured internal stability; capturing German South West Africa followed by the drain caused by disease as the South Africans fought the East African Campaign.

In Europe Australia and New Zealand suffered appalling losses at Gallipoli, remembered still with an annual holiday of remembrance on April 25, by both nations. The Battle of the Somme saw South Africa endure the terrible losses of Delville Wood, followed just a few months later on 17 February 1917 by the tragedy of the ss Mendi when over 600 black South Africans perished in the bitter cold waters of the English Channel.

1917 however saw the entry of America into the conflict and by 1918 their superior numbers and ability to provide materials wore down the German army to the point it launched a final desperate push which ended in failure and suing for peace. 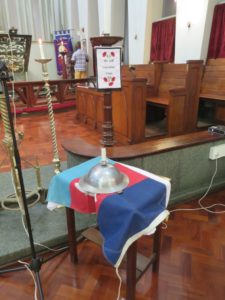 Members can find the 15 minute talk on the Society website and thanks to Rhea Gwynn and Astrea Wilson we have a few photos from the service and event. 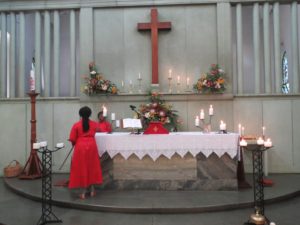 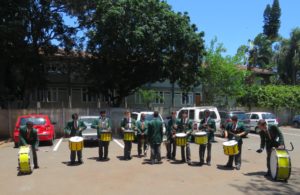 Gillian VD Heijden sent this beautiful poem which was written by her mother in 1918, and which we will ask Gillian to recite, time allowing, at the AGM this Saturday 17 November.