Many people travel to Rorke’s Drift following the battles of 1879, but are unaware of the St Augustine Mission about 10 kilometers north of the drift.

Charles Johnson (1850 – 1927), built the St Augustine’s Mission, where he operated as a doctor and dentist to the local Zulu communities, and was the first Archdeacon of Zululand.

The foundation stone of the mission church was laid in 1898 by Bishop Carter but was delayed by the Boer War and completed in 1903 at a cost of 7000 Pounds. The sandstone church has a nave of 100ft and 60ft wide, a chancel 60ft by 40ft and the clerestory held up by two rows of pillars, 32 feet in height.(Lee A.W. “Charles Johson of Zululand” 1930.) Charles Johnson is buried within the walls of the church. A considerable number of structures were subsequently built that became accommodation, hospitals and places of leaning. Sadly most of the structures are derelict. 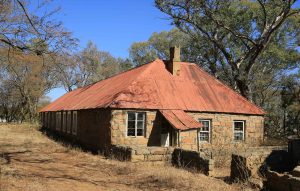 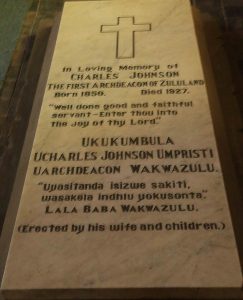 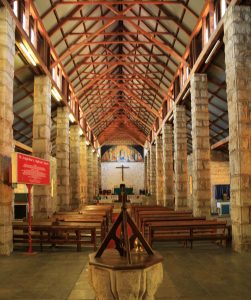 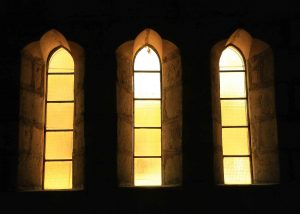 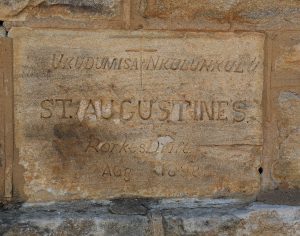