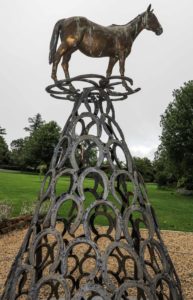 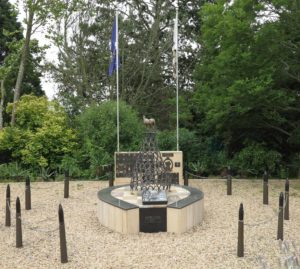 Weston College, Mooi River, was an important remount station during the Anglo Boer War (1899 – 1902). The original farm, Mount Victoria was the base and at some point in time had up to 9000 horses being acclimatized and made ready for war purposes. During the war 518794 horses and 150781 mules were sourced word-wide for the war effort.(Ref: Warren Loader, Of Horses and Men). No 7 Remount Station as it was named, continued to be used by the military for this purpose until 1913.

The monument to the horses was opened on 31 May 2009, by the Principal, Paul Tait & the Umvoti Mounted Rifles along with representatives of other military units.

The base of the memorial is formed by horse-shoes recovered on the farm by workers and the boys of Weston Agricultural College.